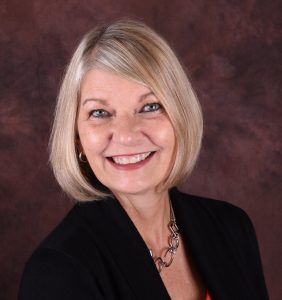 The Hemingway-Pfeiffer Museum & Educational Center announced its 2019 Writer-in-Residence this week.  Dorene O’Brien of Detroit, Michigan, will spend the month of June in residence at the museum and will serve as a mentor for other writers at the museum’s June Writers’ Retreat.  The residency is made possible by an underwriting sponsorship by Piggott State Bank.

Dorene O’Brien is a Detroit-based creative writing teacher and writer whose stories have won the Red Rock Review Mark Twain Award for Short Fiction, the Chicago Tribune Nelson Algren Award, the New Millennium Writings Fiction Prize, and the international Bridport Prize. She is also an NEA and a Vermont Studio Center creative writing fellow. Her work has been nominated for three Pushcart prizes, has been published in special Kindle editions, and has appeared in the Baltimore Review, Madison Review, Best of Carve Magazine, Short Story Review, Southern Humanities Review, Detroit Noir, Montreal Review, Passages North, and others. Voices of the Lost and Found, her first fiction collection, was a finalist for the Drake Emerging Writer Award and won the USA Best Book Award for Short Fiction. Her fiction chapbook, Ovenbirds and Other Stories, won the Wordrunner Chapbook Prize in 2018. Her second full-length collection, What It Might Feel Like to Hope, released in 2019, was named first runner-up in the Mary Roberts Rinehart Fiction Prize and won a gold medal in the Independent Publishers Book Awards (IPPY). She is currently writing a literary/Sci-Fi hybrid novel.

In addition to serving as a mentor for the June retreat, O’Brien will spend the month working on her own writing in the Barn-Studio where Ernest Hemingway penned portions of A Farewell to Arms.  She will also live in the community, in a loft apartment on the Piggott Square which is a part of the Inn at Piggott.

“We hope that writers will take this opportunity to work with Dorene,” said museum director Adam Long.  “Besides being a great writer herself, she is also an experienced mentor to other writers.  The selection committee and I feel that she is a great fit for our retreat program.”