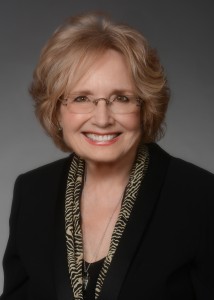 The Hemingway-Pfeiffer Museum has announced the winners of its 3rd Annual Short Fiction contest. Mike Smith of Lyon College won first place for his story “Courage,” which the judge said, “has compelling characters and dialog, and it kept me interested all through the story. The author tells a story vividly and with a sure control.” Smith was selected from a field of submissions from undergraduate students at public and private institutions in the state of Arkansas.

Justin Duyao of Harding University won second place. The judge said his story, “SportsCenter and Cigarettes,” “is a story well told about love and change and disappointment, and it is paced well. Its ending surprised me.” Austin Ellis of John Brown University won third place for his story “Most Wonderful Things” The judge says: “The setting is compelling and mysterious, and the characters, children dealing with their parents’ conflict, are believable. The imagery, especially in the ending line, is powerful.”

The contest was judged by Jo McDougall. She is the author of a memoir, Daddy’s Money: a Memoir of Farm and Family, University of Arkansas Press, and seven books of poetry, including her most recent, In the Home of the Famous Dead: Collected Poems, University of Arkansas Press (2015), and The Undiscovered Room, Tavern Books (2016). She has taught fiction, creative non-fiction, and poetry at various universities in the South and the Midwest and has directed the fiction, non-fiction, and poetry writing workshops at the Hemingway-Pfeiffer Educational Center.  She has also conducted prose and poetry workshops at the Writers Place, Kansas City, Missouri; the Chautauqua Institute; Round Top Writing Festival, and others. She is the author of numerous essays and book reviews published in Midwest Quarterly and Georgia Review. She is the winner of awards from, among others, the DeWitt Wallace Readers Digest Foundation, the Academy of American Poets, and the Porter Prize Fund, as well as fellowships from the MacDowell Colony. McDougall’s work has appeared in such journals as Georgia Review, Hudson Review, Kenyon Review, Toad Suck Review, and New Letters. She has been inducted into the Arkansas Writers Hall of Fame. A graduate of the MFA in Creative Writing program at the University of Arkansas, McDougall was co-director of the creative writing program at Pittsburg State University, where she also directed the Distinguished Visiting Writing Series. She lives in Little Rock.