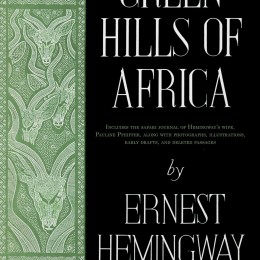 The new edition, edited by Ernest’s grandson Sean, features an appendix of documents which give context to the book itself.  Among these is Pauline’s previously unpublished journal from the African trip.  This is a rare example of Pauline’s writing in print and will be of great interest to those wanting to know more about Pauline and her relationship with Ernest.