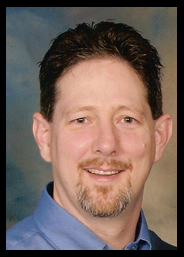 The Hemingway-Pfeiffer Museum and Educational Center will sponsor its Second Annual Short Story Contest. This is a state-wide competition open to all undergraduate students currently enrolled in an Arkansas college or university, regardless of major. The only stipulations are that the submitted material must be an unpublished fictional short story on any subject matter no more than five pages in length. All submissions are due to the Hemingway-Pfeiffer Museum no later than March 31, 2015. Winners will be notified by the end of April.

This year’s judge is Roland Mann of Orlando, Florida. Mann is a writer, editor, speaker, and professor. He is best known for co-creating and writing the comic series Cat & Mouse. As editor, Roland is best known for his work at Malibu/Marvel Comics where he edited a host of titles. He also served as Editor and Publisher of Silverline. In addition to his work in comics, Roland has been a newspaper editor, and more recently he teaches Creative Writing at the university level. He is also a frequent speaker at writing workshops/conferences. His first novel, Buying Time, was published in 2010. Roland can be found on his website www.rolandmann.me. 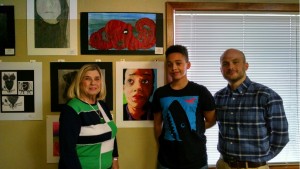 Winners of the 13th Annual Hemingway-Pfeiffer Student Art Exhibition were announced January 31 at a reception at the Hemingway-Pfeiffer Museum in Piggott. The annual juried art competition invites students within a 50-mile radius of Piggott to submit art for exhibition at the museum. This year, 67 works were submitted by eight school districts in Northeast Arkansas and Southeast Missouri. Prizes for the competition were provided by the Matilda and Karl Pfeiffer Museum and Study Center of Piggott.

Student art was exhibited on the campus of ASU-Jonesboro from January 12-23. The exhibition was then on display at the museum’s Educational Center in Piggott from January 26-30, with a reception for artists and awards ceremony on January 31.