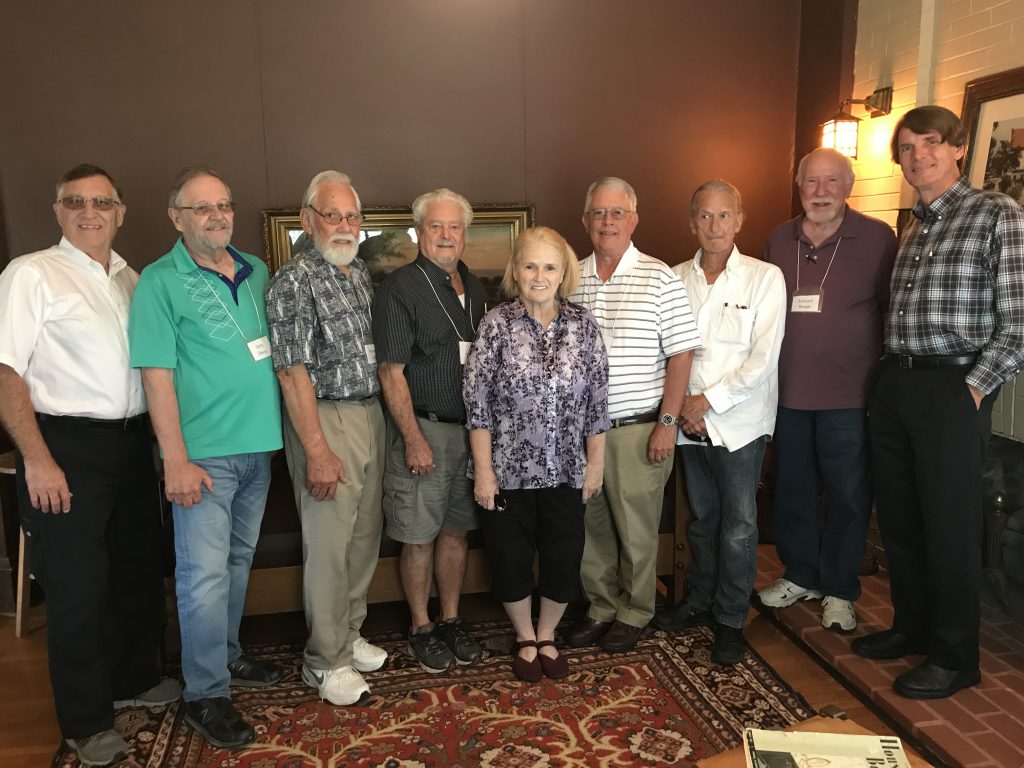 Nine talented writers recently came together to hone their skills and form a bond at the annual writing retreat for military veterans. The event took place at the Hemingway-Pfeiffer Museum and Educational Center (HPMEC) at the site where author Ernest Hemingway penned much of his iconic war novel, A Farewell to Arms.

This weekend retreat was funded through a partnership with the Arkansas Humanities Council and the National Endowment for the Humanities.

Dr. Rob Lamm, professor of English at Arkansas State University, served as mentor for the retreat. Lamm, a mentor at other retreats at HPMEC, said, “This retreat is the highlight of my year. I get to work with talented writers of all sorts as they write about their experiences in the service.

“There was a nurse who wrote a beautiful eulogy for her grandmother. There was a man who wrote a deep and complex poem about his most recent divorce. There was a pilot who helped develop the dog-fight training program. There was a chaplain who in his own way helped to save lives. I felt a new comfort about our country.”

Lamm continued, “The best part was getting to know them personally. They continue to offer their wisdom and continue to serve through their writings.”

Writers began each day with exercises to get them started, often looking at samples of Hemingway’s writing as models for their own. They enjoyed lunch together at the Educational Center and ended the afternoon with a group meeting to reflect, share and discuss the processes used by each writer.

Between formal meetings, the writers had time to work individually, often in the same rooms where Hemingway wrote. The format allowed writers time to focus on their own creative interests, to receive feedback on their work, and to form relationships with other writers.