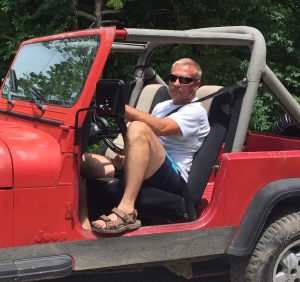 The Hemingway-Pfeiffer Museum has announced the winner of its 6th Annual Short Fiction Contest.  Alan Berry of North Arkansas College was selected as winner for his story “Brother, Sister.” Of the story, the judge said, “In Alan Berry’s “Brother, Sister”, a young boy supports his mother after his father commits a crime and absconds. Through an artfully spare style, Berry communicates much more than he says about the impoverished and tense relationships in this family unit, and the weathering away of parental strength. ‘Brother, Sister’ is a powerful series of vignettes, and the psychic abilities of Brother add a delightful strangeness to a familiar domestic scene. A gorgeous, skillful fiction.”

Berry is a retired industrial supervisor who has returned to college after a forty-seven-year absence.  He attends North Arkansas College in Harrison, Arkansas.  A native of Louisville, Kentucky, he has made his home in Arkansas for more than three decades.  Berry mixes attending school with writing, woodworking, fishing, sailing, and teaching martial arts.